Seabrook officials, including Representatives Francis Chase, Jason Janvrin, and Aboul Khan, gathered at a Legislative hearing to express strong opposition to HB324, which would require localities to accept DRA assessments of utilities. This bill would, in essence, shift tax burden from utilities to residential, and other commercial taxpayers. Select Board Chair and State Representative Aboul Khan offered testimony on behalf of the Town. That testimony, which was later cited by expert witnesses, gives a strong overview of the negative impacts to the Town of Seabrook should this legislation be adopted. Thanks to our entire legislative delegation for their support.

Town of Seabrook Testimony on HB324 Good morning Mr. Chairman and honorable Committee members. On behalf of the Seabrook Board of Selectmen I respectfully offer testimony this morning in strong opposition to HB324. Our opposition is rooted in the inherent unfairness of shifting a major piece of our property tax burden from utility companies to residential, and other commercial taxpayers. In Seabrook that impact would be stark, with an estimated $360 million dollar loss in value, translating to a revenue loss of just under $3 million dollars. We have calculated that under this bill utilities would see, in my Town of Seabrook, a 21% decline in their share of the overall tax base. That additional burden would force large tax increases, or serious service cuts, onto our other taxpayers. We estimate that our tax rate would have increased by $1.92 under the provisions of this bill, a 13% increase. This shift of tax burden, to already hard pressed residential, and other commercial taxpayers, does not meet the most fundamental standard of fairness. As far as the DRA valuations themselves it is abundantly clear that both the results and methodologies are flawed. In the recent cases of Public Service Company of New Hampshire v. Town of Andover and New Hampshire Electric Cooperative v. Town of Andover the Board of Tax and Land Appeals found the DRA's valuation and allocation methodologies were not credible and were subject to considerable flaws. While there is no need to get into the detail involved in how to properly assess value I think it is fair to say that within the assessing community there is wide divergence on how to fairly do so, especially in the area of utilities. In summation I offer my opposition to HB324 on behalf of the taxpayers of the Town of Seabrook. The proposed one size fits all approach advocated in this bill will place taxpayers, and localities in New Hampshire, at a severe disadvantage, and provide a financial windfall to utilities. On that basis I respectfully ask the honorable committee not to recommend this bill. Mr. Chairman, and honorable members, I thank you for your time today. 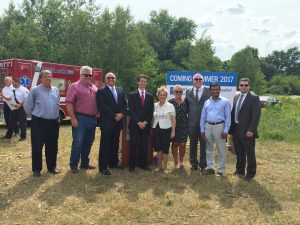 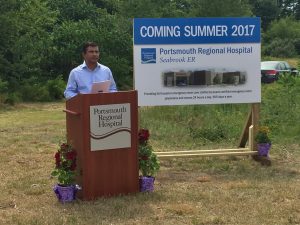 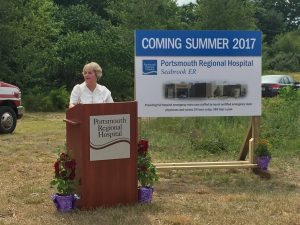 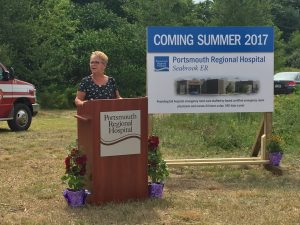 The press coverage of the announcement by the Town of Seabrook and Portsmouth Regional Hospital.

The Town of Seabrook turned out on a beautiful Sunday to honor those who have made the ultimate sacrifice in the service of our Country, to preserve the freedom and liberty we hold dear. The Board of Selectmen would like to thank all who participated in the service, and the Parade. Special thanks to the American Legion for all that they do for Seabrook. God Bless America. The Memorial Service is attached below.