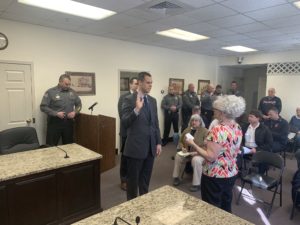 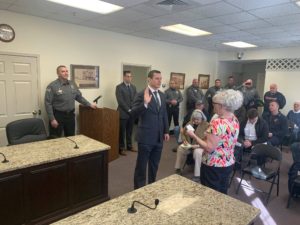 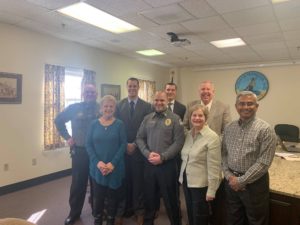 The Seabrook Board of Selectmen, at their meeting of September 17, 2018, recognized and thanked Police Officer Jim Deshaies for his many years of service upon his retirement. Officer Deshaies spent many years as the School Resource Officer, and earned the respect and affection of the students he served. The Board of Selectmen offered their best wishes for a well deserved retirement for Officer Jim Deshaies.

Seabrook Officers John Giarrusso and Zach Bunszell were the first on scene. Officer Giarrusso shed his duty gear and entered the water assisting several of the parties to shore before returning to the water on a surfboard to search for the last party unaccounted for. Sergeant Dave Buccheri, K9 Officer Dave Hersey, Acting Chief of Police Brett Walker, and Lieutenant Jason Allen arrived shortly thereafter.

A female party pulled from the water was transported to the Seabrook Emergency Room.

The last male party was pulled from the water at 12:59 PM by a Hampton Beach lifeguard and transported to Anna Jaques Hospital.

A total of seven parties were pulled from the water including the six original swimmers in distress and one good Samaritan who aided in the rescues.

Seabrook Acting Chief of Police Brett Walker stated, “The quick and selfless actions of the police officers, firefighters, and lifeguards was essential in removing all parties from the rough waters today. The interagency teamwork was exemplary given the circumstances. Our officers on scene, along with the Seabrook and Hampton Fire Departments and lifeguards, quickly and efficiently coordinated both a targeted search and rescue area for those in the water as well as land-based evacuation for those requiring transport.”

CodeRed alerts as well as posts on the Seabrook Police Department Facebook, Twitter, and Instagram accounts advised of the dangerous currents and to avoid swimming off of Seabrook Beach following the incident.

The names of those involved are not being released at this time and the conditions of those transported is not available. Anyone with information regarding this accident is asked to contact Officer Zach Bunszell at 603-474-5200. This incident remains under investigation. 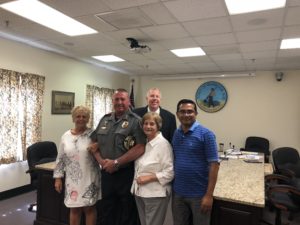 The Board of Selectmen recognized and honored retiring Seabrook Police Officer Chet Felch for his long and distinguished career at yesterdays Board meeting. Congratulations and best wishes to Chet as he embarks upon a well deserved retirement. 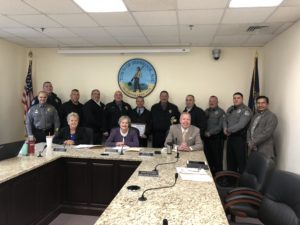 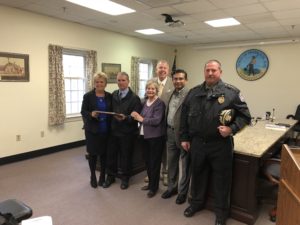 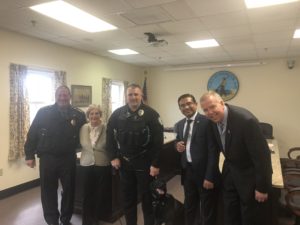 The Seabrook Board of Selectmen were on hand at the Seabrook Emergency Room to accept a donation from Portsmouth Hospital, who donated 8 “AED” units to the Seabrook Police Department. An automated external defibrillator (AED) is a portable device that checks the heart rhythm and can send an electric shock to the heart to try to restore a normal rhythm. AEDs are used to treat sudden cardiac arrest (SCA). SCA is a condition in which the heart suddenly and unexpectedly stops beating.

The Board of Selectmen thank Portsmouth Hospital for this generous donation, and recognize the great work by Police Chief Gallagher, and Police Lieutenant Kevin Gelineau in working with Portsmouth Regional Hospital to facilitate this donation. 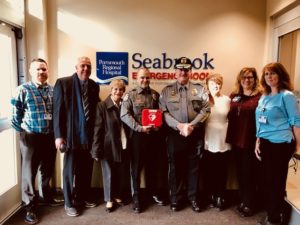 The Seabrook Police Department had their annual food drive before Christmas, and it was a huge success. They collected more food than last year, which will be used to help families in need. Thanks to all those who helped to fill up that trailer with food for families that need assistance this holiday season, and thanks to our Police Officers who worked so hard to put it together. Thank you to Market Basket for all of their help as well. 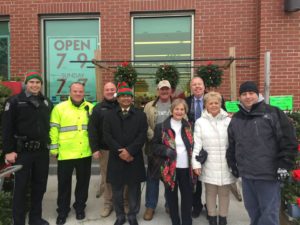 On September 21, 2017 the Seabrook Police Department held a wide ranging program dealing with opioid misuse, with speakers from across the spectrum of approaches to this scourge impacting Seabrook, New Hampshire, and our nation. I am very appreciative of the efforts of Police Lieutenant Kevin Gelineau, who put the program together. Thanks to Police Chief Michael Gallagher, Fire Chief William Edwards, U.S. Senator Maggie Hassan, the Director of the N.H. Police Forensic Laboratory Tim Pifer, Lt. Joseph Ebert of the N.H. State Police, Special Agent Jon Delena of the U.S. Drug Enforcement Agency, Doctor Cheryl Wilkie of the Farnum Center, Marty Boldin from the Office of Governor Chris Sununu, Kim Haney of Granite Pathways, Elizabeth Miller of Safe Harbor Recovery, and Olivia Dupell of the Seacoast Public Health Network. We had a special screening of the powerful film “Just the One Time” and we are so grateful that Jim and Jeanne Moser, who made the film about the loss of their son Adam were on hand to discuss the film, and the important lessons we can all take from their experience. (That film is below) Our sincere thanks to Deputy Commissioner of Public Safety in New Hampshire Robert Quinn, who gave so much of his time to make this night a success. The remarks by Senator Hassan are also below, and I will place additional video from the event in the days to come.

As we attack the misuse of opioids it is vital to remember that it is a complex societal issue, and that different approaches need to be made simultaneously to combat the problem. There are no easy solutions, and there is not a “one size fits all approach” that will bring victory. 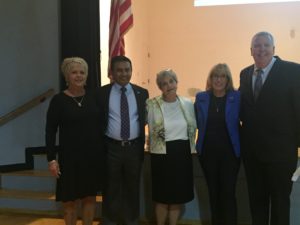 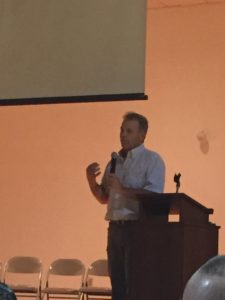 Please join us on Thursday September 21, 2017 at the Seabrook Community Center, 311 Lafayette Road in Seabrook, for a night of discussion on how to turn the tide on Opioid misuse. The event will begin at 6:00 p.m. and will feature a multitude of speakers, including Senator Maggie Hassan, Special Agent John Delena of the DEA, and Marty Boldin from the office of Governor Chris Sununu. The Seabrook Police Department, with the strong support of the Board of Selectmen, has organized this event, and Police Chief Gallagher and Lt. Gelineau will discuss the future of policing centered on addiction in Seabrook. We hope to have a productive, and informative, session. The program will end at 8:00 p.m. and will feature a short Q&A session at 7:50. We look forward to seeing you.

Media Coverage of this event from the Newburyport News.

Media Coverage of this event from the Hampton Union.